A cute picture I found

Found this when researching oxides and clay. Posted for no reason other than I really like the image and the mask! 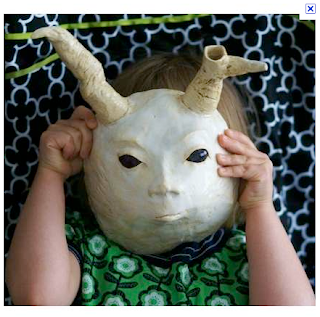 Posted by Unknown at 8:24 AM No comments:

You know you are in a bad way when you start 'stalking' dogs you see on the streets and in cars to get photos of them to make them in clay later! This one spotted in a car outside four square in Raglan. Millie got grumpy when I took the photo as she thought it was an invasion of the dogs privacy! This did lead to an interesting discussion about the rights of the photographer and the subject in our new digital world. 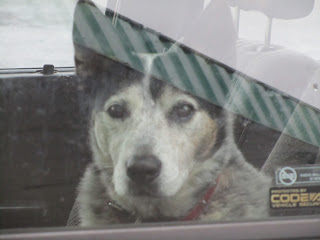 Posted by Unknown at 8:18 AM No comments:

We are back in Raglan taking Millie up to Elam art school. It is with mixed emotions. She has been very sick over the last month. We have had all manner of tests and scans. She got sick coming home from camping in Raglan. I am sad my first born is leaving the nest BUT so relieved we will get there. It was touch and go if she would be well enough.  She is still very sick but wants to give it a go. As I sit here in the camp kitchen I decided it is time to post a few things I have been making. Over the summer I went to a clay art summer school in Raglan. I found it to be an extreme challenge! We had a live model who posed undressed....but that was not the challenge! The difficulty was making an anatomically correct form based on the model and then 'dressing' her using texture. My sculpture turned out to be a guardian fairy for my kiln. (If she lasts the first firing!) I will keep her in the kiln room during firings and she can help the whole thing along.  Oddly enough I have also found that I have started talking to her when I am working in the studio. I look forward to firing her and then being able to add decoration with oxides and glazes. She is also one of the largest things I have made.
I don't like fairies unless they are the wicked kind like Tinkerbell. But, by golly, she better not make too much mischief! 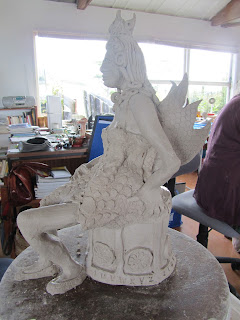 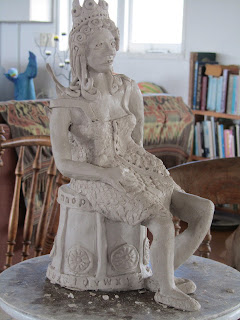 Posted by Unknown at 8:13 AM No comments: